On 07-01-19, employees at the Wawa gas station located at 20075 Cortez Boulevard in Brookville contacted the sheriff’s office in reference to two individuals who were possibly installing skimmers on gas pumps.

Employees said they were warned to lookout for vehicles similar to the ones the two men were driving, a white Isuzu utility truck and a white Ford shuttle bus. They became suspicious when the men remained at the gas pumps for an extended period of time. 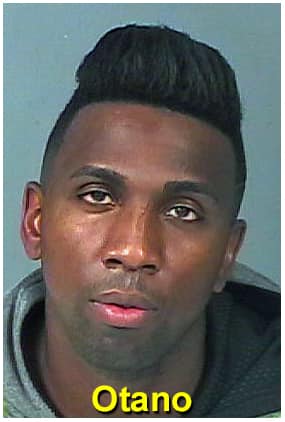 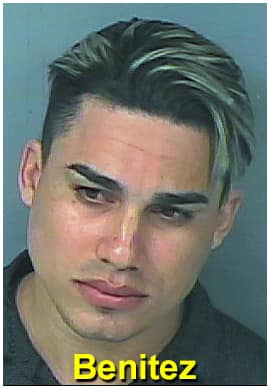 A check of the gas pump computer showed both drivers combined purchased more than $1,000 of diesel fuel. They used multiple credit cards to purchase the fuel.

There were no credit card skimmers found on any of the gas pumps.

Richer Otano H/M DOB/01-31-1991, who was driving the Isuzu utility truck, was stopped in front of Coastal Way Plaza.

As the deputy approached the vehicle, he saw Otano reach out of the driver’s side window and drop numerous gift cards into nearby bushes.

The deputy recovered 67 gift cards, which upon further examination, were found to contain credit and debit card information from various banks.

The deputy noted the vehicle contained a non-factory external fuel tank along with gas pump hoses and spray nozzles.

Otano refused to speak with deputies at the scene.

Criminals will often use counterfeit credit cards loaded with stolen account numbers from victims of identity theft to purchase fuel and ultimately resell the fuel at a substantial discount to other criminal elements.

In a separate traffic stop, Frank Lopez Benitez H/M DOB/02-20-1989, who was driving the Ford shuttle bus, was stopped on Cortez Boulevard near Grove Road.

As the deputy approached Benitez’s vehicle, he could see the driver attempting to hide what appeared to be several gift cards.

The deputy noted a strong odor of diesel fuel emitting from the vehicle, as well as a secondary fuel tank that was not factory installed.

Benitez told the deputy he was told to retrieve the vehicle from Tampa and drive it to Hernando County so the air conditioning could be fixed.

Benitez then became uncooperative with the investigation.

Otano was arrested on charges of Unlawful Conveyance of Fuel and Possession of Counterfeit Credit Cards, both felonies. His bond was set at $12,500.

Benitez was arrested on a charge of Unlawful Conveyance of Fuel. His bond was set at $2,500.

The Office of Sheriff:

The Office of the Sheriff is established by the Florida Constitution. As a constitutional officer, the Sheriff has the exclusive authority to administer his or her agency and is responsible for preserving the peace throughout the entire county, carrying out the laws of the state, the orders of Florida courts, and the ordinances of the Board of County Commissioners. The Sheriff is the chief law enforcement and correctional officer of the county.

Sheriff Al Nienhuis was initially appointed as the Sheriff of Hernando County by the Governor in January of 2011. He was then elected by the people of Hernando County in 2012, ran unopposed in 2016, and remains accountable to them.