by adminPosted onNovember 23, 2021
On 11-20-2021 at approximately 4:30 p.m., Deputies Trevor Jones and Scott Bierwiler were conducting proactive patrols in the area of Commercial Way and Berkeley Manor Boulevard in Spring Hill.
As they passed the Wendy’s, located at 4720 Commercial Way, the deputies spotted a black motorcycle in the Wendy’s parking lot, parked sideways. A query of the tag attached to the motorcycle (Honda Rebel) revealed it to be a stolen vehicle, previously reported to the Hialeah Police Department. There was no one around the vehicle. 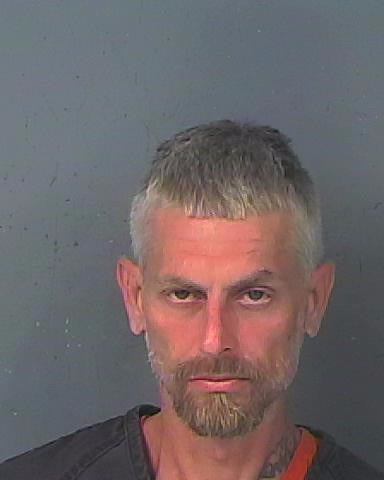 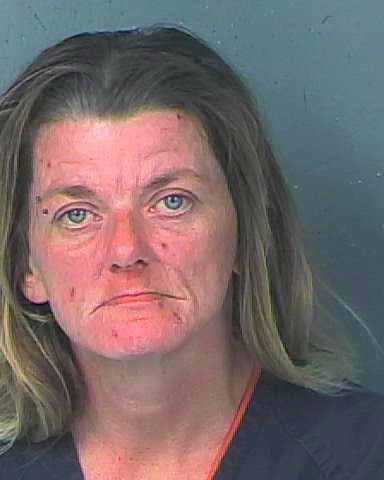 The deputies moved to an adjacent parking lot and kept an eye on the motorcycle.
Approximately five minutes later, a white male and white female exited the Wendy’s and approached the motorcycle. The deputies moved in and placed the male in custody.
While placing the male, later identified as Richard Mathis, in custody, the deputies observed (and removed) the key to the motorcycle in his right hand.
Deputy Jones informed Mathis that the motorcycle was stolen. Mathis acted surprised and said he “bought the motorcycle from a dude named Alex.” When asked for proof of the transaction, Mathis was unable to provide same. Mathis then decided he no longer wanted to discuss the matter.
While speaking to the female, later identified as Kimberly Boyd, she also stated that Mathis bought the motorcycle (several months ago) from someone named “Alexis.” Boyd was also unable to provide proof of the transaction.
The deputies asked Boyd if there was anything illegal in the backpack she was carrying. Boyd stated there was some “used needles” in the backpack and proceeded to show the needles to the deputies. Boyd then produced a small black pouch, at which time the deputies observed two additional syringes, three clear baggies that contained residue, a cut straw, and a broken spoon.
Boyd was placed under arrest.
Post Miranda, Boyd admitted ownership of the items in the pouch and stated she had been “using” earlier in the day.
Items from the pouch were field tested and did reveal a positive presence of Fentanyl.
Both Mathis and Boyd were transported to the Hernando County Detention Center and charged as follows:
– Richard John Mathis DOB/01-31-1981
o Grand Theft Auto
o Bond – $2,000
– Kimberly Joyce Boyd DOB/02-28-1978
o Possession of Drug Paraphernalia
o Bond – $1,000.
5 / 5 ( 1 vote )