Hernando County Sheriff Al Nienhuis is pleased to announce an 11.4% overall decrease in the crime rate for Hernando County in 2018 as compared to 2017. 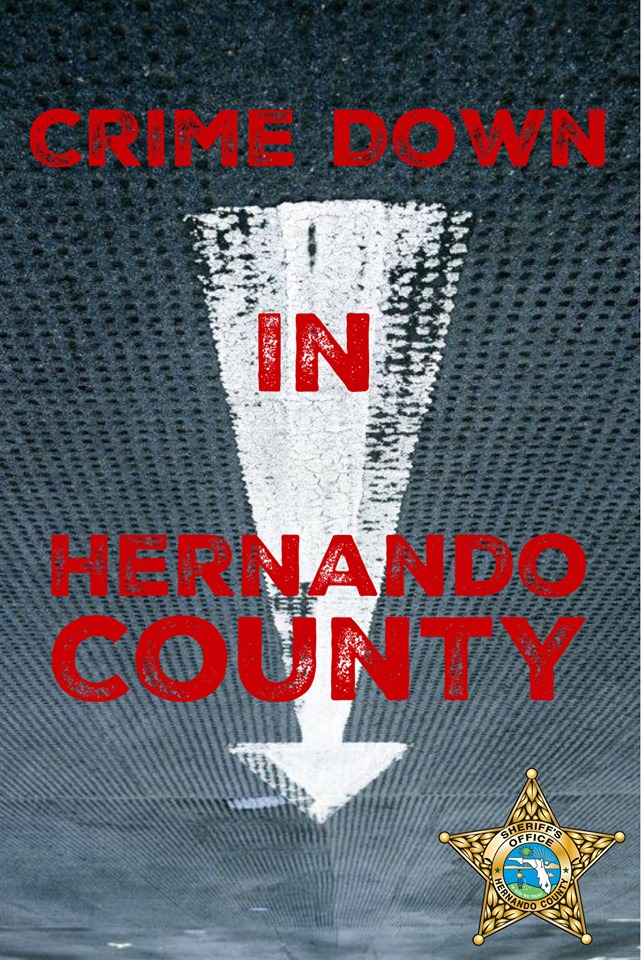 In 2018, Hernando County experienced significant decreases in the following areas:

It should be noted that the percentages were not adjusted for the population increase of 2.5%, therefore the drop in crime rate is even more significant.

Sheriff Al Nienhuis said, “There are a lot of things that impact the crime rate here in Hernando County. However, the one factor that seems to be a driving force behind the reduction in crime rate throughout the entire state is that criminals have been forced to serve at least 85% of their sentences when sent to prison. Most people might be surprised to know that a criminal has to commit a number of relatively serious crimes or one very serious crime to get sentenced to prison. Despite the fact that it is not the norm to get sentenced to prison, we certainly never want to go back to the time when murderers were released after serving only a few years. Locally, it is obvious that, if the men and women of the Sheriff’s Office were not working hard every day to protect the county or if their ranks were stretched too thin, the criminals would gravitate here, and the crime rate would increase quickly and with little warning. These numbers show that previous lawmakers, combined with the hard work and dedication of the men and women of the Hernando County Sheriff’s Office, have done a great job making Hernando County a safer place to live, work, and play.”