The defendant, George Downey, elected to have a trial in front of the Honorable Judge Toner.

After approximately three hours of deliberation, the jury returned with the following verdict:

– GUILTY – Discharging a Firearm from a Moving Vehicle

The Honorable Judge Toner sentenced Downey to 25 years of incarceration in the Florida Department of Corrections.

This sentence was imposed as a minimum mandatory sentence as per Florida State Statutes, due to the 10/20/Life provision.

On 02-11-18 at approximately 1:50 a.m., Hernando County Sheriff’s deputies, on Augustine Road investigating an unrelated incident, heard gunfire coming from the area of Mariner Boulevard and Northcliffe Boulevard. As deputies headed toward the gunfire, numerous calls began pouring in the 9-1-1 center. Callers reported a Shooting at the Delirium Lounge, located at 4245 Mariner Boulevard in Spring Hill.

Upon arrival, deputies located one male with a gunshot wound to his abdominal area and another male with a gunshot wound to his left foot. Deputies utilized first-aid kits to care for the injured until Hernando County Fire/Rescue arrived on scene. Both victims were then transported to a local trauma center for treatment. It was later learned that both victims sustained non-life threatening injuries.

Witnesses on scene advised deputies that the male who fired the shots, along with an unknown male driver, fled the area in a light colored GMC pick-up truck.

Investigation revealed that the suspect, later identified as George Edward Downey, got into a verbal altercation with the victims, identified as Jose Alonso Jr. (abdominal wound) and Alonso’s step-son, Xzavier Ramos (foot wound), outside the doors of the lounge. During the altercation, Downey attempted to strike Alonso with a closed fist; however, Alonso moved out of the way. A third victim, Carlos Aponte, who was standing behind Alonso, was struck in the face and fell to the ground.

Downey and Alonso then became engaged in a physical altercation. While this was occurring, the unknown male driver, later identified as Franklin Melo, drove the truck through the parking lot, at which time Downey entered the passenger side of the truck and retrieved a firearm. Downey then proceeded back to the front of the lounge and began shooting Alonso and Ramos. After the two victims were shot, Downey got into the passenger side of the truck and fired at least three additional shots indiscriminately toward the crowd (no one was hit with this gunfire).

On 02-11-18 at approximately 11:30 a.m., detectives observed Downey leaving his residence in Sterling Hill and conducted a Traffic Stop. Both Downey and Melo were inside the vehicle. Both were detained by detectives.

During questioning, Melo confirmed his involvement and corroborated other eyewitness accounts as to the details of the altercation, and the reason it started.

As a result of the search warrants, detectives located the clothing worn by Downey during the shooting, the firearm, and a magazine with ammunition in it.

George Edward Downey B/M DOB/08-03-1975 was arrested by detectives and charged as follows: 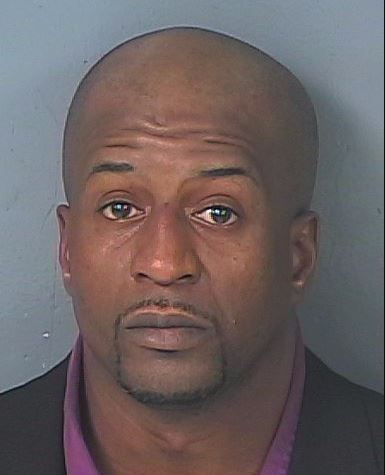 The case remains under investigation.