In June, a series of vehicle burglaries were reported within the Hill N’ Dale community, located off of Cortez Boulevard, a few miles west Interstate 75 in Brooksville.

On 07-07-19, an Armed Vehicle Burglary was reported at a residence on the 6300 block of Cammie Street in Brooksville, which is located within the Hill N’ Dale community. 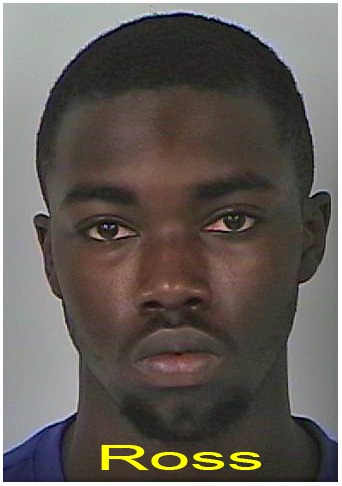 Video surveillance from the neighborhood showed a male subject entering an unlocked vehicle on Cammie Street. The video also showed the individual wearing what appears to be an ankle monitor.

Ross was released from jail on June 24 and was required to wear an ankle monitor as a condition of his release.

The information from the ankle monitor showed on three separate occasions Ross mapped at an address on the same day a vehicle burglary was later reported. Two of the incidents happened on the same day and occurred within minutes of each other.

On July 9, detectives located Ross at 27183 Thorncrest Ave., in Brooksville, where he was arrested. Ross refused to identify other individuals believed to be involved in the vehicle burglaries.

The Office of Sheriff:
The Office of the Sheriff is established by the Florida Constitution. As a constitutional officer, the Sheriff has the exclusive authority to administer his or her agency and is responsible for preserving the peace throughout the entire county, carrying out the laws of the state, the orders of Florida courts, and the ordinances of the Board of County Commissioners. The Sheriff is the chief law enforcement and correctional officer of the county.
Sheriff Al Nienhuis was initially appointed as the Sheriff of Hernando County by the Governor in January of 2011. He was then elected by the people of Hernando County in 2012, ran unopposed in 2016, and remains accountable to them.