by Thanh TungPosted onMarch 2, 2022
Date: March 1, 2022
On 02-26-2022 at 1:55 p.m., Hernando County Sheriff’s deputies responded to the Family Dollar Store located at 10620 Northcliffe Boulevard in Spring Hill in reference to a retail theft in progress.
The caller advised 9-1-1 that two individuals had just fled the store carrying two white plastic garbage bags full of stolen merchandise from the store. A clerk gave chase, and one of the suspects dropped his bag of stolen merchandise as he attempted to flee the area. 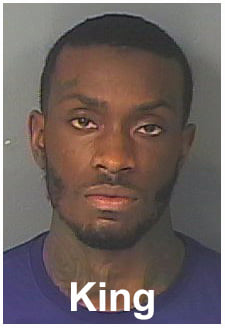 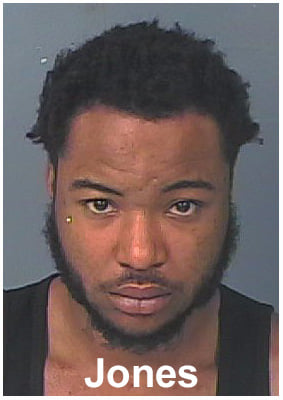 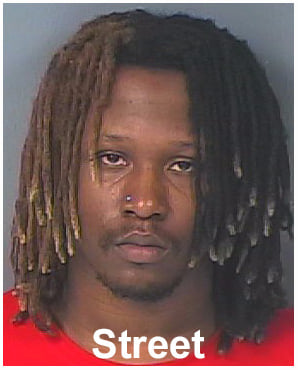 Once on scene, deputies observed video surveillance of the incident. The footage showed the two male suspects wearing ski masks and baseball caps in an attempt to hide their identities.
The clerk advised observing the two male suspects get into a silver sedan and leave the area.
On 02-26-2022 at 2:46 p.m., another 9-1-1 call was received from the Dollar General Store located at 865 S. Broad Street in reference a retail theft.
The suspects’ description matched the description of the suspects in the Family Dollar Store theft. The suspects fled the store carrying white garbage bags full of various stolen merchandise.
On this occasion a witness followed the suspects as they fled the store in a 2020 Nissan Altima with the stolen merchandise. The witness followed the suspects’ vehicle and provided 9-1-1 with a description of the vehicle and direction of travel.
Deputies conducted a traffic stop on the suspects’ vehicle at the intersection of U.S. 41 and Hurban Street in Masaryktown.
Deputies located three suspects inside the vehicle along with 8 full garbage bags of various stolen merchandise. A canvass bag containing 4.7 grams of marijuana that was divided into 16 separate baggies was also located inside the vehicle. The suspects were immediately taken into custody.
The suspects were identified as Johnny King III DOB/09-17-1999, Antone Jones Jr. DOB/10-13-1999, and Alex A. Street DOB/05-26-1999. The suspects drove to Hernando County from the St. Petersburg area.
One of the suspects, Street, advised investigators the men visited numerous stores throughout the area where King and Jones stole various merchandise. Street advised he always remained in the vehicle and did not participate in the thefts.
King was also identified as a suspect in a recent theft from Ulta Beauty. He was also arrested and charged in connection with that investigation.
The suspects were charged as follows:
Johnny King III was charged with Grand Theft and two counts of Petit Theft. His bond was set at $15,000.
Antone Jones Jr. was charged with two counts of Petit Theft, Possession of Marijuana, and Possession of Drug Equipment. His bond was set at $5,000.
Alex Street was charged with Possession of Marijuana with Intent to Sell and Possession of Drug Equipment. His bond was set at $3,000.
King and Antone are facing likely additional theft charges for involvement in ongoing investigations.
The Office of Sheriff:
The Office of the Sheriff is established by the Florida Constitution. As a constitutional officer, the Sheriff has the exclusive authority to administer his or her agency and is responsible for preserving the peace throughout the entire county, carrying out the laws of the state, the orders of Florida courts, and the ordinances of the Board of County Commissioners. The Sheriff is the chief law enforcement and correctional officer of the county.
Sheriff Al Nienhuis was initially appointed as the Sheriff of Hernando County by the Governor in January of 2011. He was then elected by the people of Hernando County in 2012, ran unopposed in 2016, and was re-elected in 2020. Sheriff Nienhuis remains accountable to the people of Hernando County.
5 / 5 ( 1 vote )