On 10-26-19 just before 10:30 p.m., operators in the Hernando County Sheriff’s Office Emergency Communications Center received numerous calls regarding a Shooting at 26393 Siedel Street in Brooksville (Rolling Acres subdivision). Callers stated a man had been shot and the person who shot him had fled in a vehicle. 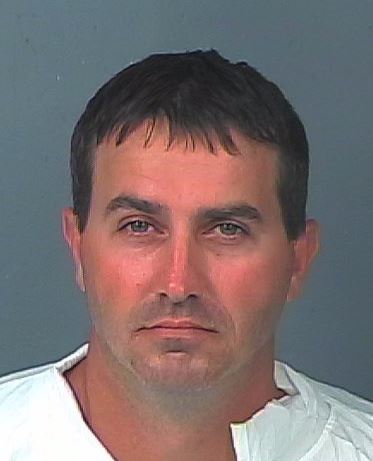 Deputies and Hernando County Fire Rescue were immediately dispatched to the scene.

Upon arrival, deputies observed a vehicle in the roadway near 26393 Siedel Street. The vehicle was running and in “drive.” The male victim was in the driver’s seat, with his foot on the brake pedal. Deputies observed the victim to have several gunshot wounds. The victim was obviously deceased.

Preliminary investigation reveals the two men had both been at a party at the Siedel Street address. They had been arguing during the party but made up and “shook hands.” They left together and both got into the victim’s vehicle. After the vehicle traveled only a very short distance, a resident who was outside heard gunshots then saw the suspect running from the victim’s vehicle. The resident asked the suspect, “Did you kill ___?” The suspect said “Yes” then ran to his vehicle and fled the area.

Deputies and the HCSO Aviation Unit searched the immediate area and several other locations for the suspect/suspect vehicle.

The suspect, identified as John Baumstark DOB/04-18-1979, was taken into custody approximately 90 minutes after the shooting, when he arrived at his residence on Ester Drive in Brooksville.

Deputies could see a firearm, in plain sight, in Baumstark’s vehicle. Baumstark was wearing an empty holster when he exited his vehicle.

Baumstark was cooperative with detectives.

Baumstark was charged with Second Degree Murder. His bond was set at $50,000.